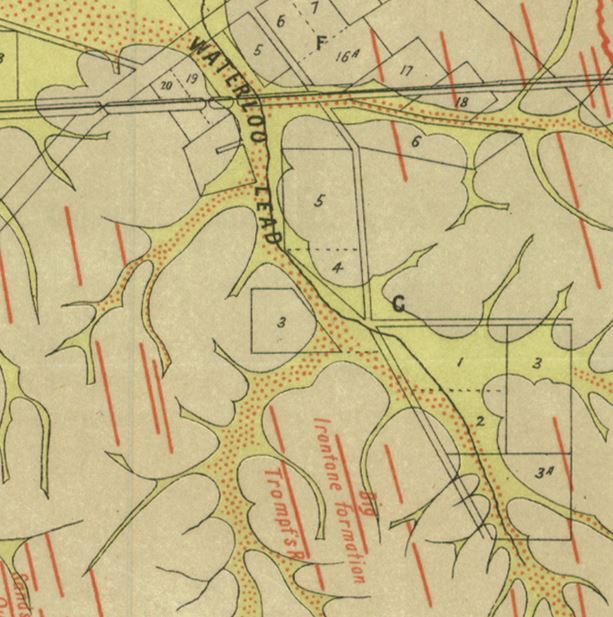 The remains of Trompf’s Amalgamated Mine lie within the Paddys Ranges State Park near Maryborough VIC. Visitors can stop by for a look at the huge mullock heaps, machinery foundation rubble, and open stopes of the mine which operated there from the late 19th century.
From The Scone Advocate, 12/11/1917:
Exceedingly rich gold has been discovered by Frederick Trompf and Hugh Chappell at Waterloo Flat, about two miles from Maryborough. The find was made on an old line of reef 4ft wide.
Some years ago, Trompf (the present finder) and Chalkley, a co-operative party, sank a shaft of 120ft., and struck gold of a highly payable character. They subsequently sold out to a syndicate, who formed what is known as Trompf’s Amalgamated Reef. Gold ceased to be payable, and the company suspended operations. About three months ago Trompf and W. Hetherington renewed work in the old prospecting shaft, but after a few weeks Hetherington lost faith in the venture and abandoned his share. Chappell then joined with Trompf in his work.
Yesterday they found a glittering mass of gold embedded in a quartz. Rich specimens were brought to Maryborough to-day. It is estimated that they contained over 150oz of pure gold. As the gold was practically discovered on Melbourne Cup day the lucky proprietors have decided to name the claim the “Apologue.”